There isn’t a term as contradictory as feminism right now. Especially women either claim to have no opinion on that subject or are aggressively against it, or they feel uncomfortable even talking about it. Like it’s an out-of-body experience to declare yourself feminist. Feminist isn’t a dirty word, believe it or not. It holds no witchcraft powers if you believe it!

There, I said it three times. Can it now please manifest itself in our heads as the normal thing that it is?! As an avid blog reader myself, I read many posts about what feminism means in this day and age to various bloggers – male and female, but mostly female. Between the lines, a certain reluctance swung with the words though. I assume you regularly read a few blogs as well and just know when you come across a paragraph that’s not dedicated to something but also not against it. More like “yeah, feminism. What else is new? Let’s change the subject, shall we?”, to include the keyword for once and be done with it.

Being a feminist means you believe that men and women are equal!

There are people who try to make this overly complicated by saying they aren’t feminists but egalitarian. So what now?! Egalitarianism, by definition, means that someone believes in the equality of all people, especially in political, economic, and social life. For me, that comes in the package It wouldn’t make much sense to call yourself egalitarian but not feminist, or does it?

The bottom line is: feminist isn’t a dirty word

The bottom line is, that feminist isn’t a dirty word and you shouldn’t feel afraid to use it. Quite the opposite actually: you should shout it from the rooftops and be informed about what you can do to empower your fellow females. Maybe you want to start with my not-so-ranty rant on how important it is that Women Empower Women or why it pains me that it’s still such a foreign concept to live feminism!

I, for one, am a feminist with a never-ending to-do list. Who are you?

(Images by Word for Word Factory and fairycakes) 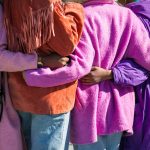 Why Women Need to Empower Women 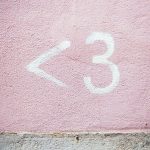 6 Ways To Save A Shitty Day 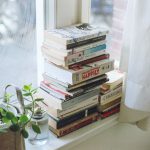 7 Books On Womanhood You Need To Read Next 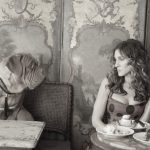 Would you Eat Out Alone?