Remember when I told you about Behind the Print? Today is the day and I am thrilled to kick off this brand-new TMF interview series with the mastermind behind one of my favorite prints ever.

Jesús Prudencio is the artist behind Cars and Films, a popular brand and Etsy shop, who designs clean prints of iconic cars from legendary movies. Today we get a glimpse behind the print of his artwork and additionally, he generously offered a free print to one of our lucky readers, but more on that later.

HI Jesús, welcome to TMF! Why don’t you introduce yourself?

Thanks for having me! Of course. I am from a small town in Spain, called Badajoz, and came to Sevilla to study Fine Arts. After my Bachelor’s Degree in Fine Arts in Graphic Design and Printmaking, I stayed to live here.
For several years, I worked in different design studios as well as for the well-known Spanish artist Pilar Albarracin. Currently, I’m a freelance graphic designer and illustrator. I wanted to return to illustration after neglecting that part of my profession for several years due to other commitments.

What sparked your idea for cars and films?

I have always loved movie posters, especially those clean-designed ones and would call myself quite a movie aficionado. I was looking for something those two interests of mine had in common and then the idea came to me, just like that.

That’s how the best ideas happen: “Just like that”. how do you decide which movie vehicle you feature in your artwork?

Mainly, I choose movies that I like. I love Pulp Fiction, The Shining, Taxi Driver, Psycho, and Little Miss Sunshine for example. Other than that I thought about movies or TV shows I religiously watched as a teenager like The A-Team or Mr. Bean. Something along those lines, I guess.

Can you take us behind the process from the initial idea to the actual print?

I usually document myself on the first car that I’ll draw, sometimes I am scribbling away on a previous sketch and then immediately start working in Adobe Illustrator with my graphics tablet. As soon as I am done, the finished poster is going to press.

what would you say, how long did it take for cars and films to actually take off and become a profitable brand?

Honestly, it took some time but thanks to fans like you and Pinterest and social networks in general my audience grew and my Etsy shop took off. Also, I was lucky enough to snag additional jobs from my Cars and Films business. I strongly believe that the internet is the most powerful tool you can have as an illustrator or graphic designer.

Many artists struggle with fake accounts and imposters blatantly stealing their work. Did you ever have to deal with that?

Not that I know of. Thinking back, people – even other artists – started to pitch their ideas to me and asked me to draw cars from their favorite movies. I hope I didn’t jinx it now!

Are there other artists that inspire you in your work or process?

Oh, there are many I love and admire such as Saul Bass, Drew Struzan, Tchock, Stanley Donwood, Olly Moss, Alex Trochut, Albert Exergian, Shepard Fairey… I could go on and on.
As for my favorite, I’d say Saul Bass’ poster Anatomy of a Murder. I love that one.

You live in Sevilla right now. How would you describe the art scene there? Do you feel like there is a supportive community for artists?

Honestly, I have moved here for education and to get more into the field of graphic design, not so much to be part of a special group. It’s interesting to witness some sort of movement in the art scene though. We’ll see what happens over the next few years.

Thank you so much for taking us Behind The print, jesús! Can’t wait to see what famous movie cars will be added next to cars and films !

(All images courtesy of Jesús Prudencio) 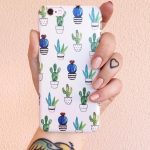 Behind The Print with DessiDesigns by Desi Ilieva 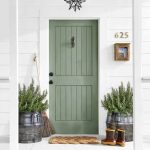 The Feng Shui of Front Doors 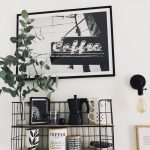 3 Ways To Revamp Your Coffee Game At Home 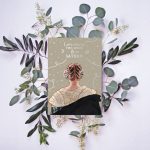