Welcome to Part Two of Backpacking through India – a throwback!

It was time to go to Varanasi and on our way there we stopped at this huge mural that was up on a hill while we all were excited to see the carvings and buddha statues, it turned out you were only allowed to go up there barefoot out of respect of the religion. So, imagine sandstone heated up in the glaring sun with no shadow to be seen. And stairs, lots of stairs. I am sure we could have fried an egg there if we tried. Still, the chances of ever going there again are little to none and I really wanted to see the little caves myself, so I went up while the group stayed back in the shadow to rest.

One of the local guides there was really impressed with me and took a photo. I am sure I wasn’t just red-faced from the extra exercise but also because of the sun. It was so incredibly hot! The carvings and cave art were all worth it though. Climbing up there wasn’t even that hard on my feet, it’s all about the right mindset. And yes, my t-shirt on that photo says “Water, baby”. How fitting!

Then finally: Varanasi. From Varuna Ghat to Assi Ghat, hence the name. Also called Benares or Kashi. Whatever you call it, that place exudes magic. With the most Europeans I have ever seen on the whole trip, many of them expats, travelers, and just people who only intended to visit but were never able to leave. Up until that point, I grew to love India and was already thinking about coming back, touring the North of the country. In Varanasi though, I had a feeling of belonging and could actually see myself not turning back to Austria at all. It’s hard to explain, so I will leave it at that. But when women shaved their heads at the daily flower ceremony, to shed themselves from their past and start anew, I strangely was onboard and my group had to talk me out of it. Who knows what would’ve happened otherwise?!

A few of us got up very early the next day, just to walk around the ghats when everyone else was still asleep. We took a boat to watch the ghats from afar and it was just a magical and peaceful experience. I have never felt as peaceful as at that very moment. I even mindlessly ran my fingers through the Ganges river water, which you actually should never do! It’s polluted to an extent that’s mind-blowing. Caught up in the moment for sure! Still, locals are doing their laundry there and cremating their passed loved ones… Just one of the many contradictions of India.

The vibe in and around Varanasi made me feel truly secure. We spent the most time of our trip there and it was the only place where it felt natural to me to roam around freely, even without the group. We even found a so-called German Café one afternoon which was a nice Indian place that didn’t seem very German but had a nice charm to it. One thing I also loved was the free book swap option on every corner. You just left a read paperback there and could pick a new one to read from the stash. Some travelers even left little notes inside. It was a really wonderful and random thing to do.

Backpacking through India: A 12h Train ride and one toilet

I was sad when it was time to leave Uttar Pradesh county and take the train with the locals back to Delhi. A 12-hour train ride and only one Indian toilet. That was maybe the only thing I didn’t grow to like on that trip, especially not on a train where one wrong step will land you on the rails or worse, cost you a limb. No thank you. Again, it’s all about mindset and willpower, if you know what I mean… We had a lot of fun and great conversations on that train ride and felt a bittersweet feeling wash over us since we grew together so tightly. A group of random people from Australia, England, plus one girl from Austria – with very different accents and expressions. It was just a lot of fun!

Back in Delhi, everyone camped out in my room to freshen up before heading home. It was time to say goodbye to every single one of them before I headed out to the market again and spent one last night in the capital. The next day, I took a cab to the airport and left for Goa.

There was no real reason to add those few days in Goa other than my wanting to unwind after the trip, before heading home and getting back into the daily grind. It was lovely to relax on the beach, have banana lassis and chicken burgers, and finally finish A Fine Balance. Oh, India!

Have you ever been to India? Are you planning to go? 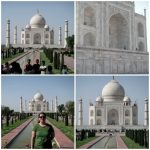 Backpacking through India | Part I 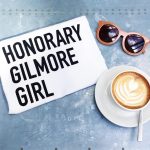 Which new foreign language would you like to learn? 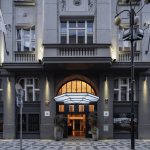