One of my favorite things about going to therapy is sharing when I learn something that I feel is bigger than just helping me. It was around over a year ago that my therapist shared this following concept with me, and after this post is one of the most read so far, I thought another therapy talk might be in order.

Are you your own planet or are you still a hovering satellite?

I have mentioned before that I am a natural caretaker. I took on that role in previous romantic relationships, within my family, and in friendships. That role paired with high sensitivity and anxiety is a stressful match. You are constantly stressed out, hovering over others, making sure their needs are met. In extreme cases, it can seem like you are not your own person but constantly make sure everyone else is taken care of before you take care of yourself, if at all. Imagine a satellite hovering around a planet, constantly checking if everything is all right down there. Overwhelming thought, isn’t it?

My therapist explained to me that you have to learn to be your own planet. Just imagine yourself in your own space. What would it look like? Would it be a valley in the mountains, serene with a little creek in the distance or more like an amusement park kind of place with rollercoasters, food on sticks, laughter, and squeals in the background? What would your inner child enjoy? Imagine them having the time of their lives in the background, roaming free to their hearts’ content.

No matter what your own planet looks like, it is YOURS!

No one is allowed to intrude unless you invite them in. Let’s say a family member tries everything to get you to attend a family dinner even though you feel like you need an evening to yourself for once. They keep calling, texting, trying every angle to manipulate you into coming and you react and explain and justify instead of firmly saying NO and standing by it. You hover over them and try to make them feel good instead of standing by your decision and shutting the door to further discussions. Another example would be a friend who only reaches out when they need to vent. They don’t ask if you are in the headspace for it, they don’t ask what time would work for you to talk things over, it has to be right now and once they hang up, you feel like taking a shower because all their bad energy was literally dumped on you.

What you need to do in a moment like that, according to what I learned in therapy, is to remain on your own planet, not let them in. They can hover outside and stomp their feet and throw a fit (also called an adult tantrum), you stay firm in your decision and let no guilt or anxiety get to you. You are on your own planet, all doors locked!

Have you ever dated a guy that played mysterious? Who only got in touch when he needed emotional support or to ask a favor, only to vanish again for weeks on end? And as soon as you were about to get over it and sit down with a good book or whatever the perks of your planet are, he appeared and you hovered over him and his every need until you felt exhausted and depleted, still blaming yourself for not doing more?!

So tell me, are you your own planet yet and what does it look like there? 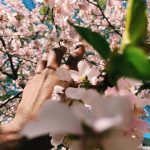 Are You The Flower Or The Gardener? 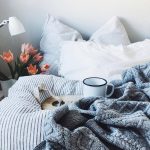 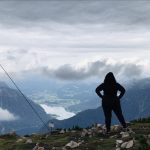 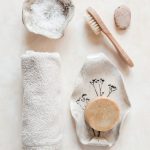